In late 2014, the West had new owners and we heard that it was getting worse for the  125 tenants. We door-knocked the building and found Dan, a tenant who was taking his landlord to housing court for illegal guest fees, no hot water, illegal evictions, and more.

We met with City inspectors and together with the tenants managed to bring in new management – a Christian charity called Community Builders. It was a big victory, but soon found out that conditions got even worse. 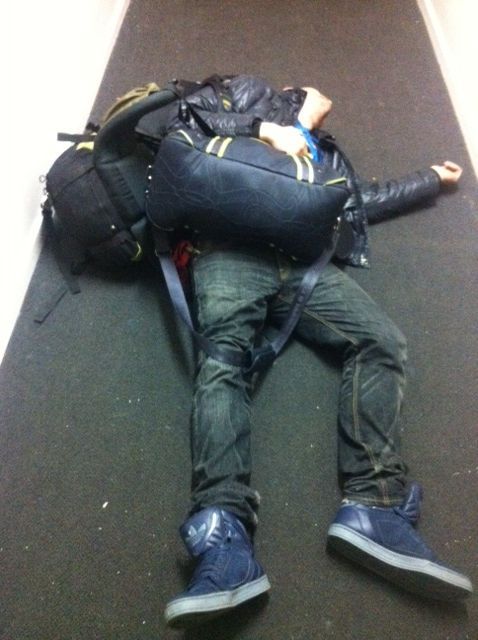 In January 2015, the staffing model changed suddenly. There was no 24-hour security so anyone could access the building throughout the night. At this time, there were 30-40 people in the building hanging out and sleeping in the hallways and bathrooms every night. People were climbing up the fire escape as well.

The bathrooms were not usable… 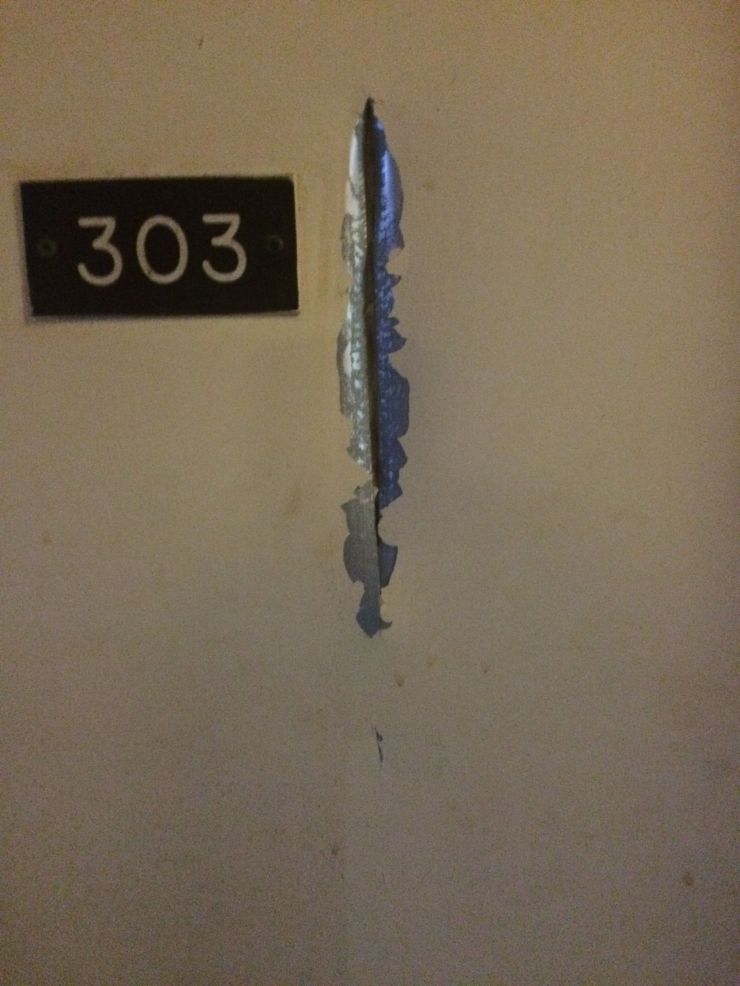 What did we do?

We took the lead from Dan, a self-taught legal beagle who lives there.  While Dan collected tons of evidence of problems and initiated dozens of complaints to the city and the Residential Tenancy Branch, about a dozen volunteers went door to door to gather requests for repairs. Dan passed these onto the management and the city but there was still no change.

Tenants were barely holding on and we finally got a meeting lined up with the head of the City’s inspection department.

Then a DOUBLE HOMICIDE happened.

We wrote a media release in the middle of the night and by the morning, every media outlet was there reporting on the conditions.

Things got a little better, but we didn’t stop organizing. With Dan’s leadership, the Collaborative helped 94 tenants launch the largest case in RTB history. 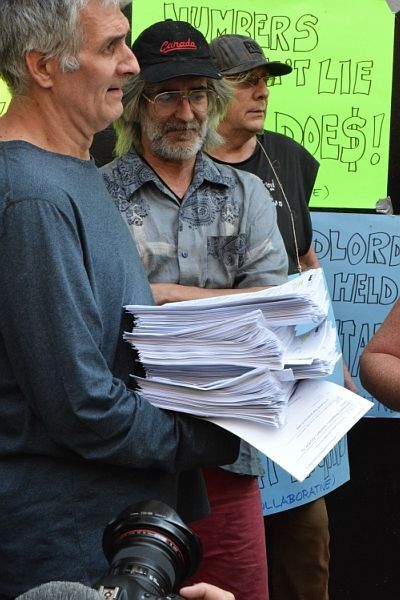 We’ll let you know in a few months how the hearing goes.